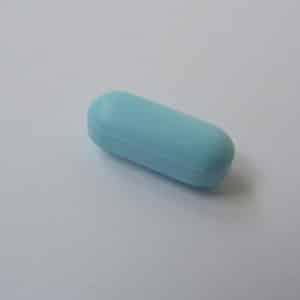 What I find fascinating is how different drugs are used for new applications. I recently came across a study that concludes that small daily doses of Viagra may significantly reduce the risk of colorectal cancer. Isn’t that fantastic!

Viagra was developed by group of UK researchers working at Pfizer for treatment of high blood pressure and ischæmic heart disease. In the first clinical study it proved very little effect on heart disease but show noticeable effect on penile erection. Pfizer decided to market it as the first oral treatment for erectile dysfunction. In 1998 it was approved by the FDA and it was advertised directly to consumers on TV using the famous Brazilian football stare Pele and the US senator Bob Dole.

A recent study entitled “Sildenafil Suppresses Inflammation-Driven Colorectal Cancer in Mice” was published in the Cancer Prevention Research journal. The study found that Viagra cut by half the formation of colorectal polyps, an abnormal and frequently asymptomatic clump of cells on the lining of the intestines that may transform into cancer.

According to the American Cancer Society (ACS), colorectal cancer affects 1 in 22 men and 1 in 24 women and is the third leading cause of cancer death in the USA.

One of the causes of the cancer is a mutation of a gene called ‘adenomatous polyposis coli’ (APC), a tumor suppressor. Those with an APC genetic mutation are at a higher risk of developing colorectal polyps, which often transform into cancer.

The study was led by Dr. Daren D. Browning, a cancer researcher at the Georgia Cancer Center and the Department of Biochemistry and Molecular Biology at Augusta University in Georgia. During the study, mice were genetically modified to develop hundreds of colorectal polyps. They were then given Viagra in their drinking water. Remarkably, the Viagra reduced the formation of the polyps by half!

The study revealed that Viagra increased the levels of an intracellular calcium regulator called cyclic guanosine monophosphate (cGMP). This substance plays an important part in the proper functioning of smooth muscle cells, retinal cells, pituitary cells and more. cGMP also regulates the layer of cells inside the intestine, known as the intestinal epithelium, that forms a barrier against foreign bacteria and substances. In addition, the Viagra inhibits a substance called phosphodiesterase-5 an enzyme that naturally occurs in colon cells which can break down the cGMP, and stimulates the epithelium to create more cells which strengthens the protective layer.

Dr. Browning added that the next step is to carry out human clinical trials to test the effectivnes of Viagra on individuals that are at a high risk of developing colorectal cancer.

While this is only the beginning, the study gives real direction in the fight against colorectal cancer and hope to those at risk.